Early in 2018, SMSG members were discussing ways to commemorate our 40th anniversary year as an S club.  What we landed on was the development of a clearance gauge.  While S has had a track gauge for many years, at that time the National Association of S Gaugers did not offer a clearance gauge.  This device is useful in the construction of a layout, as it helps verify that the equipment you’re running will not hit any obstructions.

Since some of our members had had experience with and access to laser-cutting equipment, we felt this project was within our capabilities.  We started by contacting folks on the Standards Committee of the National Model Railroad Association (NMRA).  They had already developed digital drawings for clearance gauges in other scales, and upon request, they agreed to rescale their work for S.

We added our own wording to the NMRA drawing, purchased a sheet of 1/8” cast acrylic for the gauge material, and cut our first batch of gauges.  After selling some of the gauges at an S Spree convention, the SMSG project caught the attention of NASG officers.  We struck a deal:  NASG would adopt our design as the official S scale clearance gauge, which they would market and sell, and SMSG would be sole supplier of the product.  The gauge is currently for sale at the NASG Company Store:  http://www.nasg.org/Store/CompanyStore.php 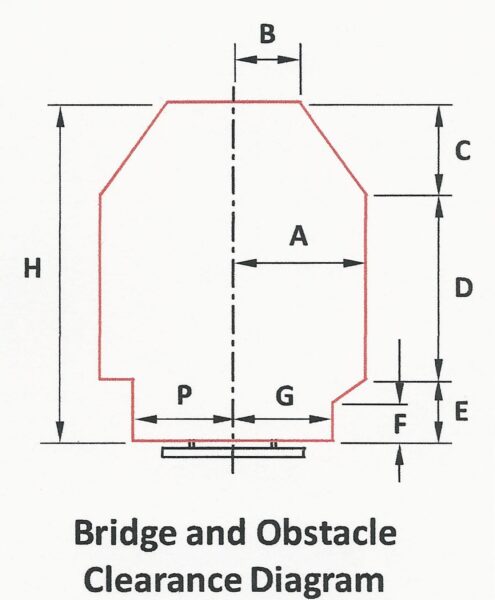 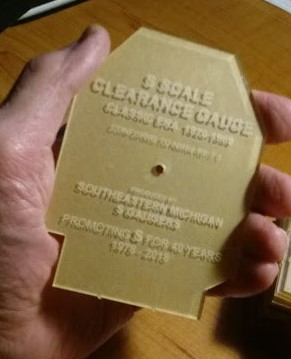